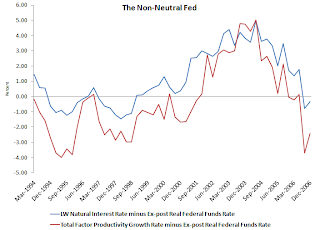 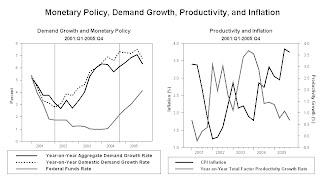 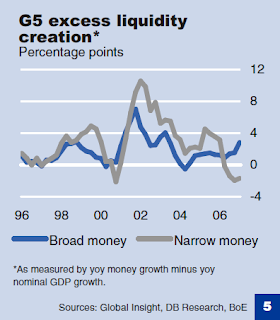 Given these points and those noted in the previous post, I am convinced that the Fed probably  was one of the more important contributors to the credit and housing boom. If nothing else, it was the one institution that could have slowed down the housing boom through better oversight of lending practices and less monetary stimulus.
David Beckworth at 12:13 AM
Share