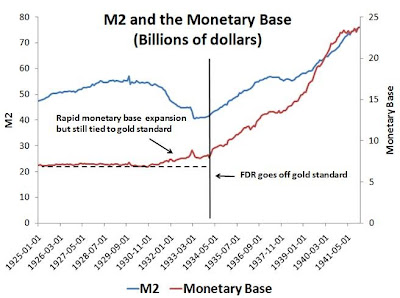 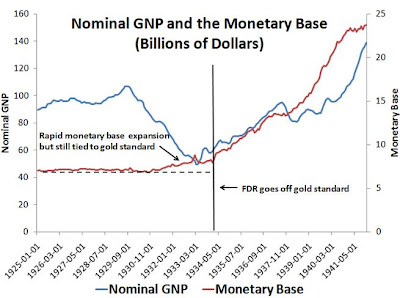 P.S. Whether one increases the monetary base through open market operations or through helicopter drops, the point that the increase remain permanent holds. See Willem Buiter for more this point.
Posted by David Beckworth at 3:23 PM 16 comments:

Given a competent central bank, increased wage flexibility is fully consistent with growth in aggregate employment and income. Moreover, it probably would hasten a quicker recovery than monetary policy alone could generate. This slump has been so long that many cyclically unemployed individuals may have become structurally unemployed. Labor market reforms that increase wage flexibility would help them. We can have our cake and eat it too when it comes to wage flexibility.
Posted by David Beckworth at 4:23 PM 18 comments: