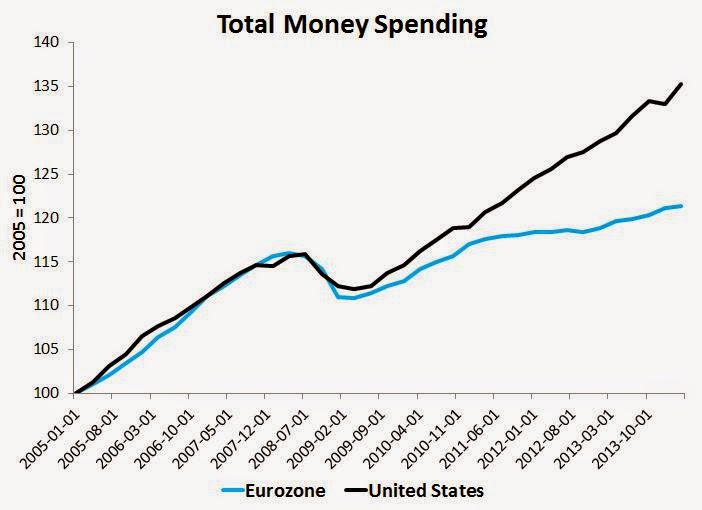 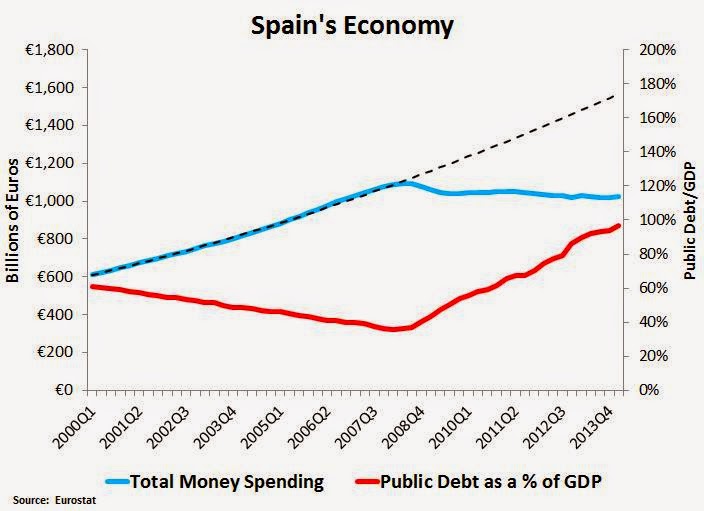 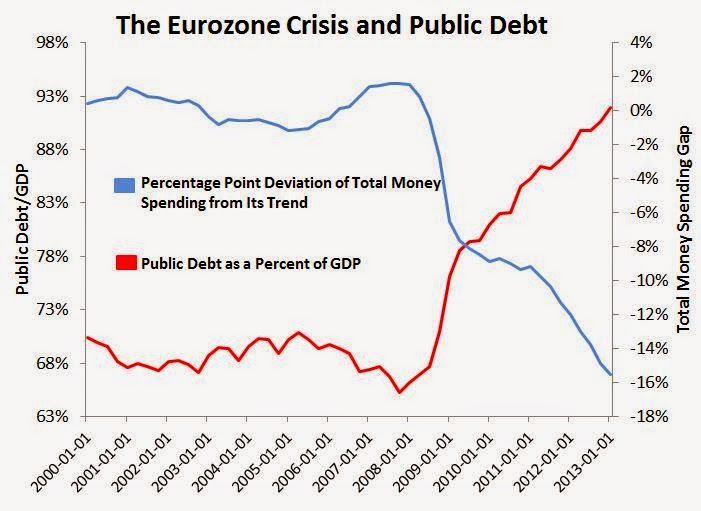 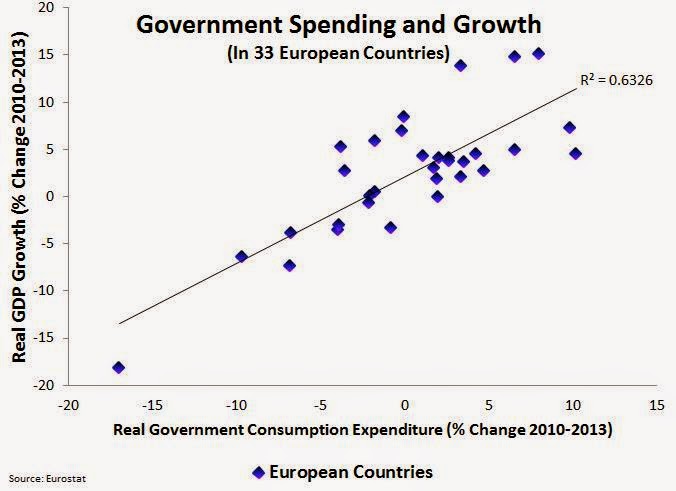 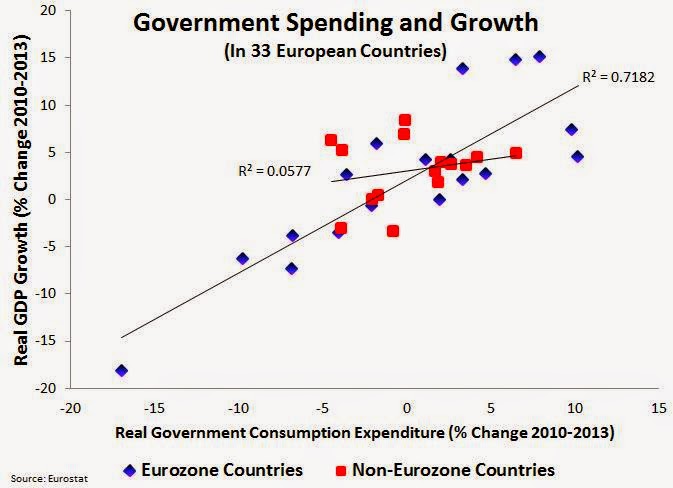 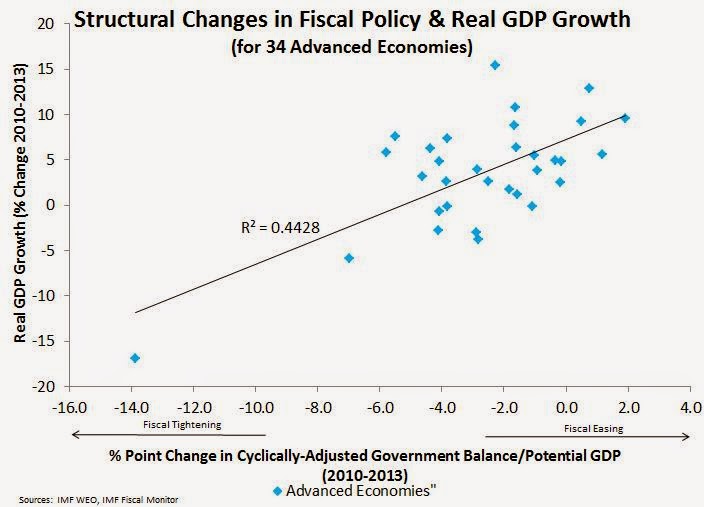 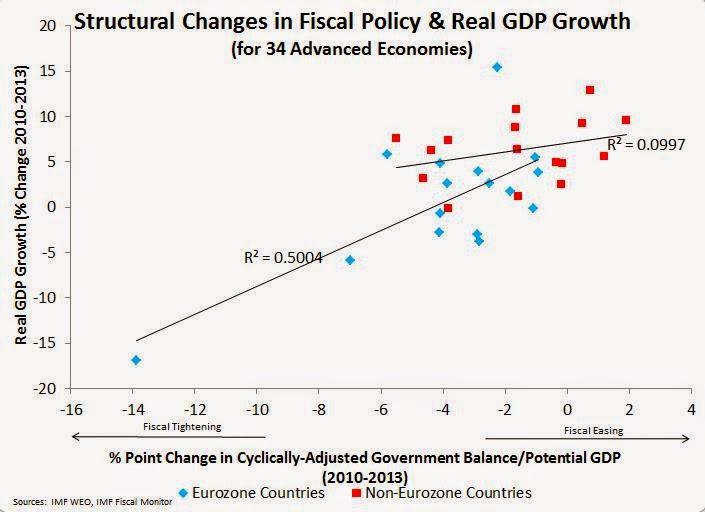 .1There is a slight difference between this figure and Krugman's. Here I use the entire 2010-2013 period as one data point for each of the 33 countries. Krugman actually uses each year from 2010-2013 for 33 countries as data points. I chose the former approach since it creates a cleaner scatterplot and actually improves the fit (i.e. higher R-squared).
Posted by David Beckworth at 12:10 AM 13 comments: