Here is a great summer program for advanced undergraduate or beginning graduate student that are interested in monetary economics. Scott Sumner and I will be presenters and St. Louis Fed President Jim Bullard will be the keynote speaker. Your travel and lodging will be covered, but you need to apply by January 31.

Alternative Money University (AMU) is an academic workshop for advanced undergraduate and beginning graduate students with a particular interest in monetary economics. During three days of intensive seminars, students will learn from leading scholars in the field about subjects not typically addressed in undergraduate or graduate economics courses — including topics in monetary history, the theory and practice of monetary policy, and the workings of unconventional monetary arrangements. Between them, the subjects covered and the seminar-style of the sessions are intended to provide students with a solid foundation upon which to build their own, future contributions to the field.

Held in Washington, DC, expenses for attending AMU — including travel and accommodations — will be covered by Cato’s Center for Monetary and Financial Alternatives. Admission is limited to 30 students, who must be in or about to enter either their ultimate year of undergraduate study or their first year of graduate studies. Selections will be based on students’ academic records and demonstrated interest in monetary economics.

Click here for more information. I hope to see you there!
Posted by David Beckworth at 9:53 AM No comments: 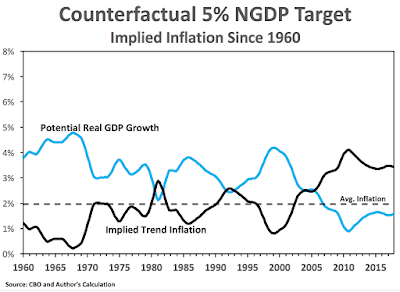 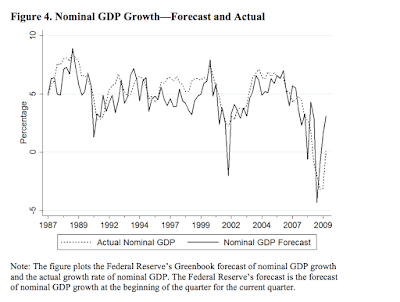 1 A forceful case for hysteresis in the U.S. economy is made by Reifschneider, Wascher, and Willcox (2013), J.W. Mason (2017), and Coibion, Gorodnichenko, and Ulate (2017).
2There are other reasons why the countercyclical inflation created by a NGPDLT would be beneficial. It would lead to better risk-sharing between creditors and debtors as shown in Koenig (2013), Sheedy (2014), and Bullard et al. (2015).
Posted by David Beckworth at 10:23 AM 7 comments: 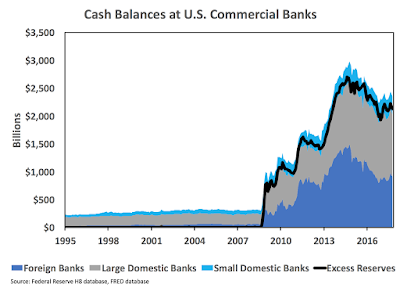 P.S. George Selgin in Congressional testimony today makes the case for the Fed moving to a corridor system. Norbert Michel also makes the case in his testimony.
Posted by David Beckworth at 12:57 PM 11 comments: