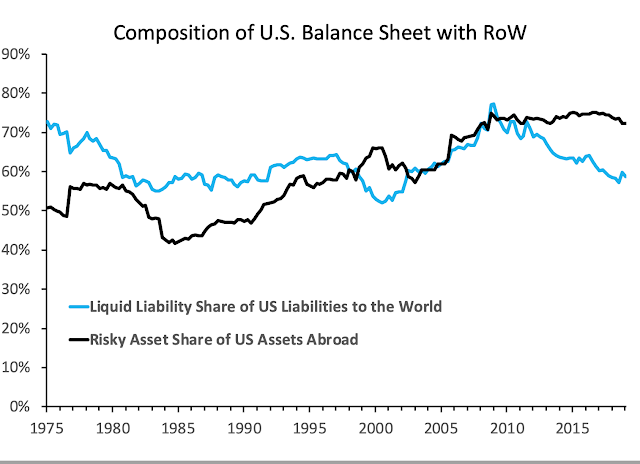 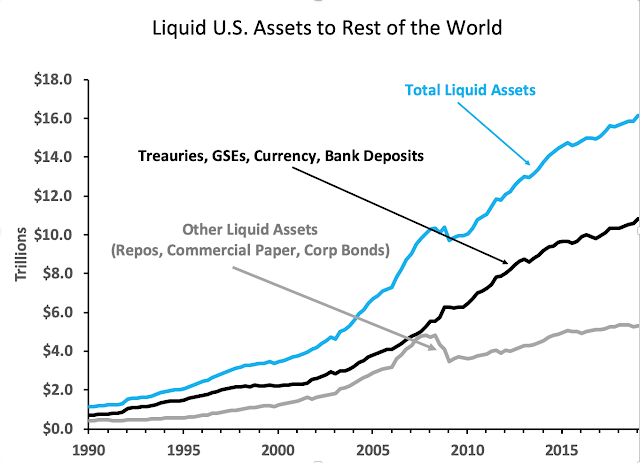 Update: It is worth noting that the BIS reports just over $11 trillion in dollar-denominated debt is issued outside the United States. Between this $11 trillion and the just over $16 trillion noted above, there is almost $28 trillion of relatively liquid dollar assets abroad. This large amount of dollar assets abroad makes it unlikely Facebook's Libra or Mark Carney's SHC proposal will ever replace the dollar as the reserve currency.
Posted by David Beckworth at 8:54 AM 3 comments: