Why the Fed Will Raise Interest Rates This Year

Despite the apparent slow down of economic activity during the first quarter of this year, it is likely the Fed will still have to raise interest rates in the near future. This reason why is that households are increasingly expecting their nominal incomes to rise and this typically leads actual wage and salary growth. This can be seen in the figures below.

The first figure shows households' expected nominal income growth over the next year. It comes from the University of Michigan/Thompson Reuters Survey of Consumers where households are asked each month how much their dollar (i.e. nominal) family incomes are expected to change over the next 12 months. This measure averaged near 5 percent prior to the crisis, but then crashed and barely budged for several years. Finally in 2013 it acquired escape velocity. Since then it has been slowing trending up with a bit of a pick-up in the last year. 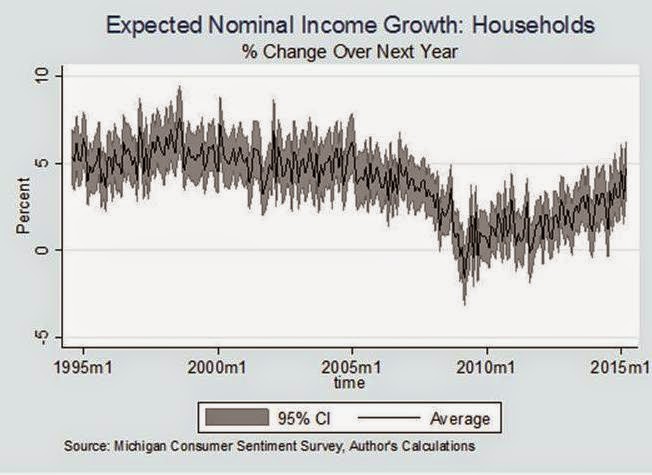 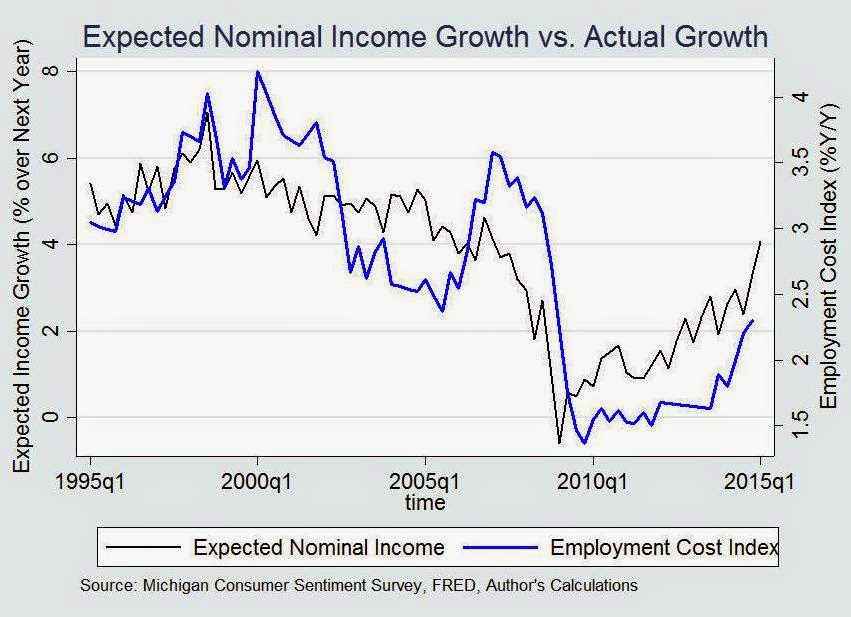 Now the data only runs through March. A lot of disappointing economic news has come out since then. So it will be interesting to see whether this trend is sustained next month. If this New York Times article is any indication, we can expect the series to continue trending up and actual incomes to follow:

WASHINGTON — The number of Americans filing new claims for jobless benefits tumbled to a 15-year low last week and consumer spending rose in March, signs the economy was regaining momentum after stumbling badly in the first quarter.

The economic outlook was brightened further by another report on Thursday showing a solid increase in wages in the first quarter.

"This morning's reports all point to an economy that is doing a lot better than the near-stagnation in first-quarter G.D.P. suggests," said Paul Ashworth, chief United States economist at Capital Economics in Toronto.

So it appears the Fed may have no choice but to tighten by the end of the year.

P.S. Justin Wolfers observes that the Q1 slowdown in GDP has become a reoccurring development. Since this is seasonally-adjusted data it should not be happening. Consequently, Wolfers notes we should not put too much faith in the Q1 numbers. This is another reason to believe that wages are primed to take off. 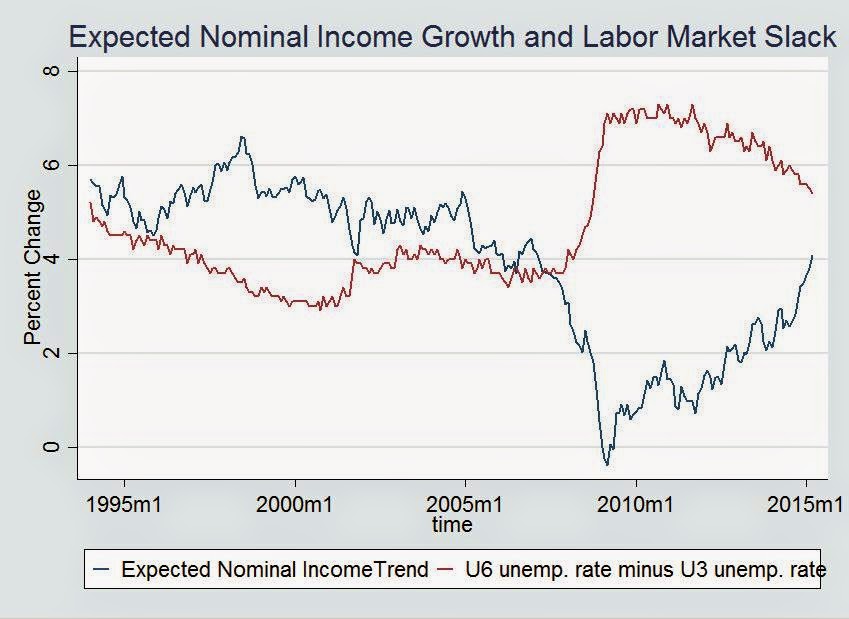 Posted by David Beckworth at 6:45 PM