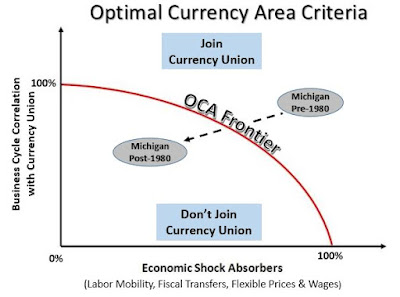 PS Here is my interview with David Schleicher on declining labor mobility. We discuss its implications, including the gradual retreat of the U.S. economy from the OCA criteria as noted above. Our conversation was based on his paper "Stuck! The Law and Economics of Residential Stability".
Posted by David Beckworth at 6:40 PM