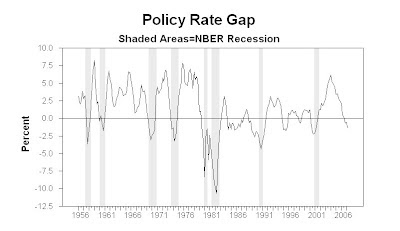 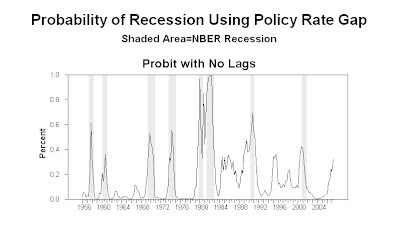 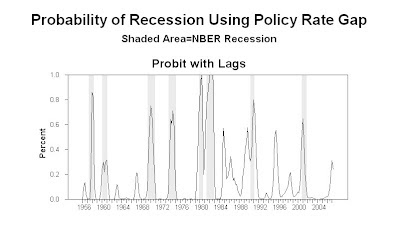 Update
In response to a commentator's suggestion, I have enlarged the probit results and the last two graphs to make them more readable. I also went ahead and redid the analysis using a longer time series.
Posted by David Beckworth at 2:47 PM