Best Line on the Dollar

"The dollar's decline already amounts to the biggest default in history, having wiped far more off the value of foreigners' assets than any emerging market has ever done." 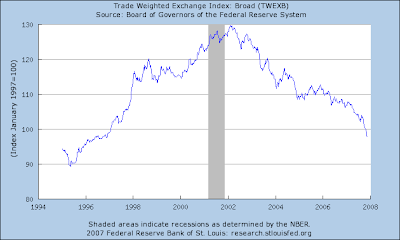 Posted by David Beckworth at 4:51 PM