Where Are the "Safe" Jobs?

The New York Times had an article today titled "Bad Times Spur a Flight to Jobs Viewed as Safe." Here is an excerpt:

Fearing layoffs, investment bankers at a Merrill Lynch or a Morgan Stanley are joining small Wall Street firms for less pay but with signed employment guarantees. Academics are migrating to community colleges, which are adding teachers as enrollment rises. And in Eastern Wisconsin, workers furloughed from a paper mill they fear will not reopen are training as truck drivers and welders. 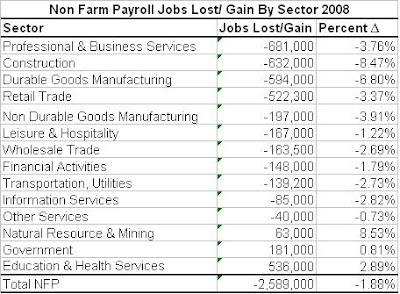 Update: Further evidence that the safe jobs are in the government, education, and health care sectors can be seen below. The first figure shows employment in the professional & business services and retail trade sectors since 2000s. They are highly procyclical sectors. (Click on figures to enlarge.) 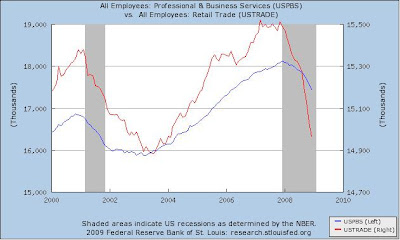 The next figure shows employment in the government and education & health services sectors. Notice any contrasts? 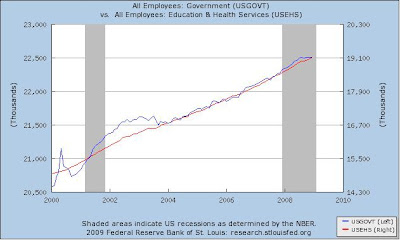 Posted by David Beckworth at 10:07 PM