With today's employment report showing a gain of 162,000 jobs for March, I thought it would be useful to break these jobs gains down by industry sector. The table below does so and also shows the cumulative change in jobs over the previous three months as well as the December 2007 - December 2009 period. (Click on table to enlarge.) 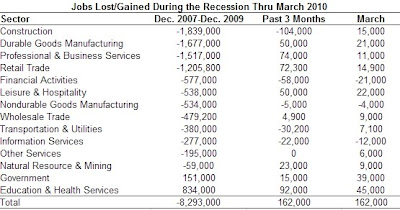 For a broader perspective I have graphed below the cumulative percent change in employment since December 2007 per industry sector. (Click to enlarge figures.) 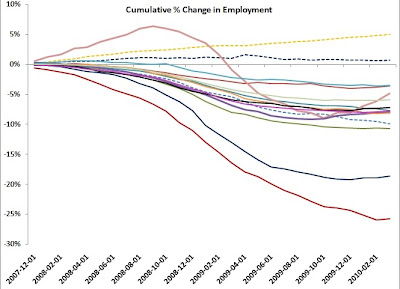 Posted by David Beckworth at 10:13 AM

Email ThisBlogThis!Share to TwitterShare to FacebookShare to Pinterest
Labels: Employment