Today I was looking for time series data that was not macroeconomic in nature. I wanted something fresh to keep my time series class engaged. There are only so many macroeconomic vector autoregressions one can do before your students begin to lose interest. To my delight, I stumbled upon a time series set of alcohol consumption per capita in the United States going back to 1934. The data is reproduced in the figure below: 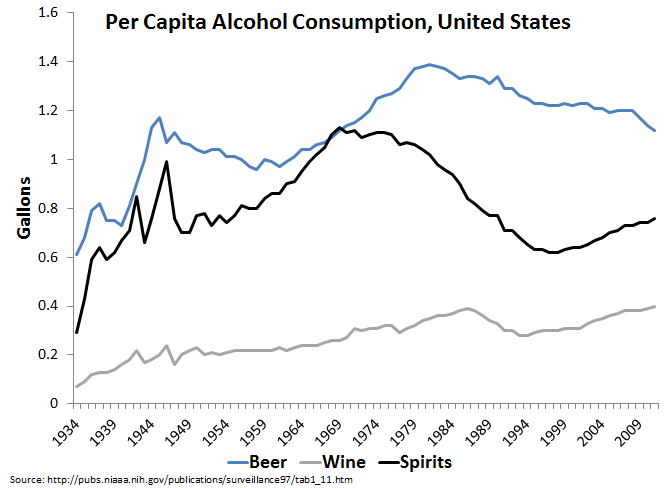 I thought the figure might be interesting to others and posted it to twitter. Later, I got this reply from Geoff Turner:

I first chuckled at his comment, but then started looking closer at the figure too. Whereas Geoff Turner saw his favorite TV show in the data, I began to see macroeconomic history. I quickly began downloading data from FRED and messing around with these series and to my surprise discovered the true underlying cause of the Great Inflation was not the usual suspects. It was not the breakdown of Bretton Woods, misguided U.S. monetary policy, negative supply shocks, or demographics. Instead, it was per capita consumption of beer and spirits as seen in the figure below: 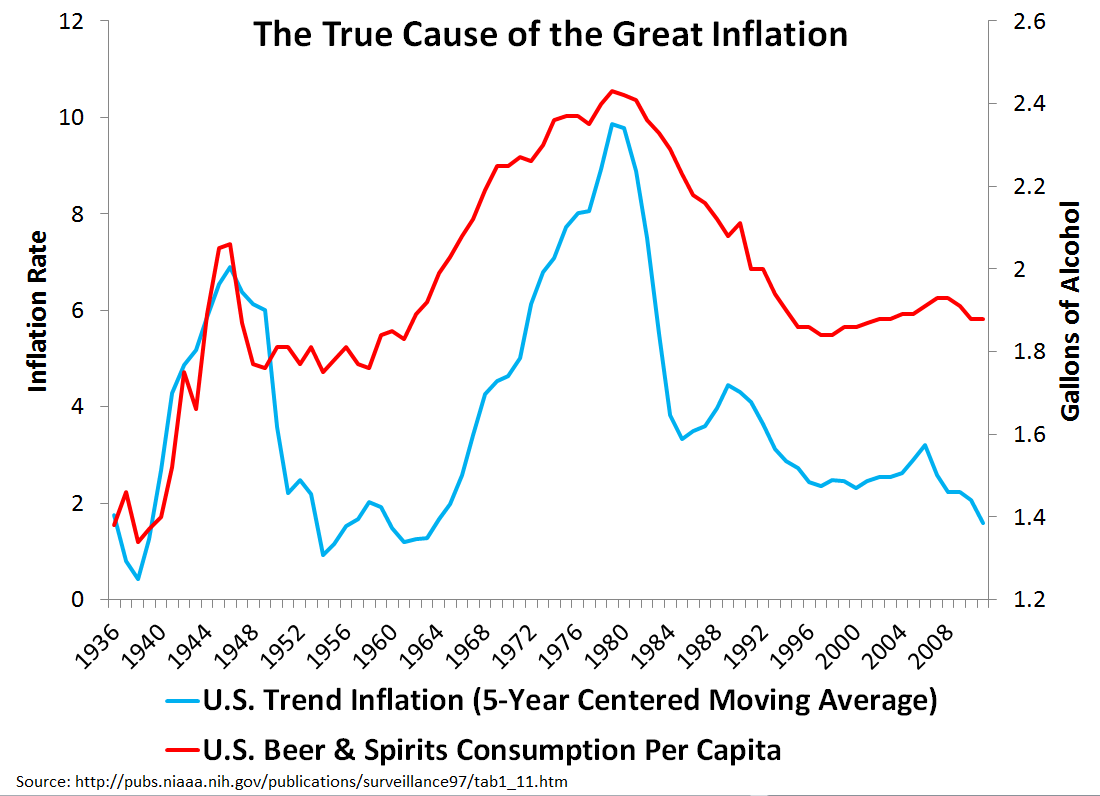 It is amazing how the World War II surge in inflation and the Great Inflation both track per capita consumption of beer and spirits. (Adding wine to the mix weakens the relationship.) And here is the scatterplot of this data: 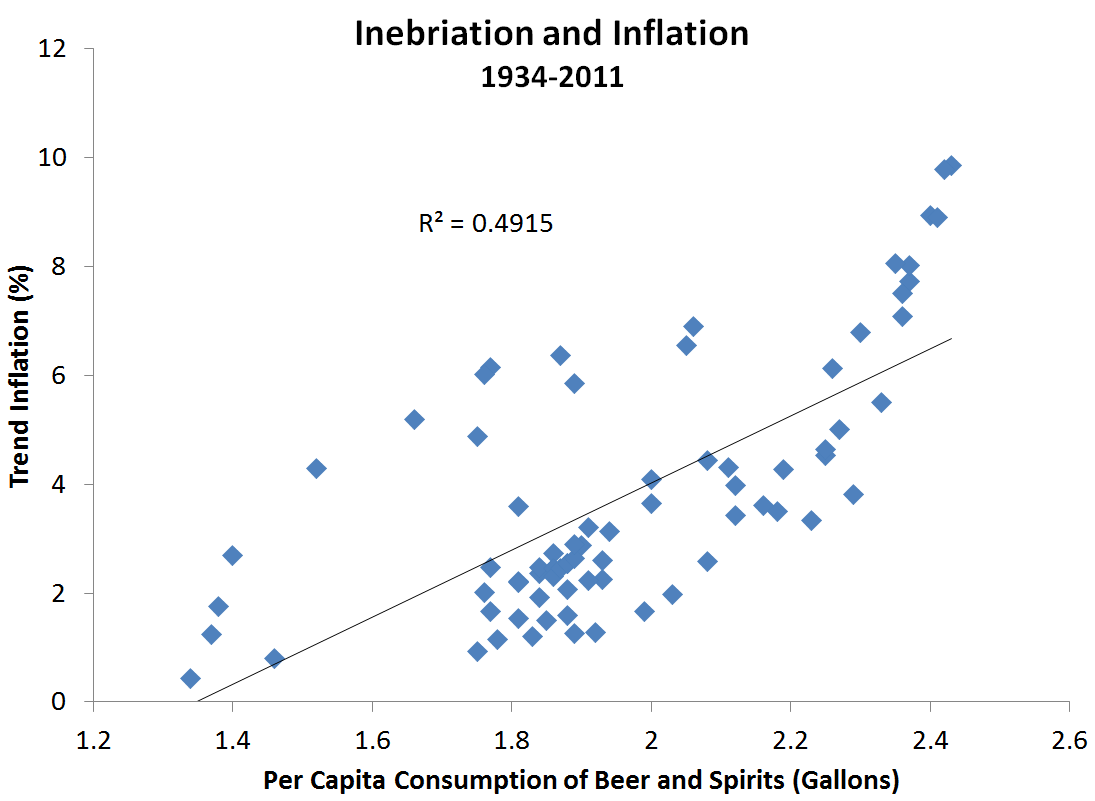 Clearly we have uncovered the holy grail of central banking. All the Fed needs to do is raise per capita beer and spirit consumption and our low inflation problem will be solved. No need to raise the inflation target or adopt NGDPLT.

Of course, this finding raises an interesting question: if more beer and spirits consumption leads to more inflation, why is inflation so low in Germany? They are one the largest per capita consumers of beer. Maybe the answer is that their inflation would be even lower if were not for all their beer consumption.

P.S. This post is a joke of course and I am NOT promoting more alcohol consumption. Just having fun with spurious relationships.

Posted by David Beckworth at 5:13 PM