Navigating by the Stars and Steadying the Ship Speed

I have a new article over at The Bridge where I piggyback off of Jay Powell's recent speech about the challenges of the Fed 'navigating' by the stars of  r*, u*, and y*. His concern is how to use them when they seem to be moving a lot:

Here is a chart I made for the piece that did not make the final cut. It shows the changing range of FOMC estimates for u* and the actual unemployment rate (u). I also added some red-lettered commentary on the chart to highlight the varying levels of FOMC concern about the gap between u and u*: 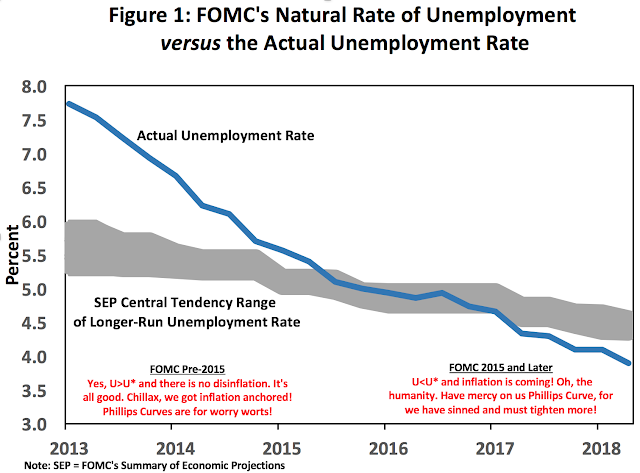 Okay, so what is the FOMC to do with all the uncertainty surrounding the navigating stars? I recommend in the article that the Fed cross check their navigational indicators by looking at nominal GDP (NGDP) relative to a benchmark growth path for it.  This growth path can roughly be thought of as the neutral level of NGDP and I show how to construct two versions of it in a recent note: a sticky forecast NGDP level and a full-employment NGDP level as seen below: 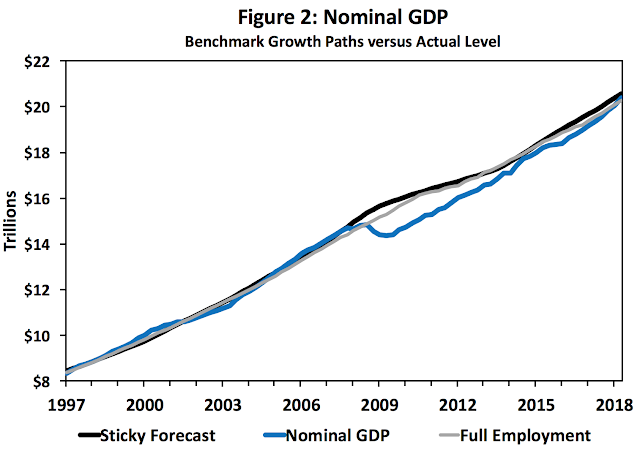 Taking percent deviations of these growth paths from the actual NGDP level gives us the following Nominal GDP gaps: 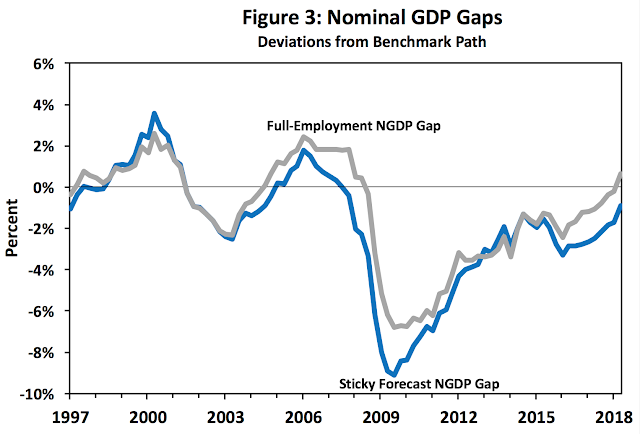 Going back to Fed Chair Powell's ship navigation analogy, looking at the NGDP gap is akin to monitoring the speed of the ship. If the NGDP gap is zero, then the ship is maintaining a steady and appropriate speed. According to the chart above, the ship is either a bit too slow per the sticky forecast measure or just about right with the full-employment measure. My preferred measure is the sticky forecast NGDP gap, so if I were Chair Powell I would currently err on the side of fewer rate hikes than more.

The main point of my note is to show how one can use NGDP as a practical way to cross check standard monetary policy indicators. I provide some other measures in the note such as a NGDP-based Taylor rule that does not rely on any of the navigational stars. I also show how a McCallum rule (which also is based on NGDP) can still be used if the monetary base is properly measured.
Posted by David Beckworth at 8:43 AM