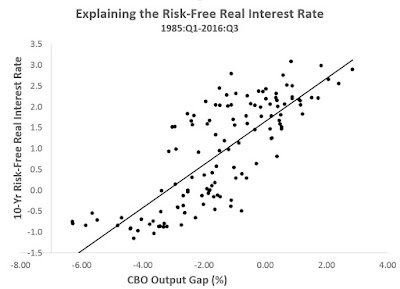 I encourage you to keep following the colloquium. Other contributors, often with less sanguine views about future interest rates, will follow. The next one, for example, is from Joe Gagnon who does not share my outlook on interest rates. Also, the other pieces that follow will get more into the implications of the low interest rate environment. So stay tuned!
Posted by David Beckworth at 10:12 PM