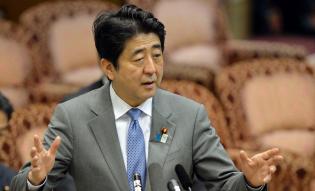 Lars Christensen nails it on the confusion surrounding Abenomics:

There has been a lot of focus on the fact that USD/JPY has now broken above 100 and that the slide in the yen is going to have a positive impact on Japanese exports. In fact it seems like most commentators and economists think that the easing of monetary policy we have seen in Japan is about the exchange rate and the impact on Japanese “competitiveness”. I think this focus is completely wrong.

While I strongly believe that the policies being undertaken by the Bank of Japan at the moment is likely to significantly boost Japanese nominal GDP growth – and likely also real GDP in the near-term – I doubt that the main contribution to growth will come from exports. Instead I believe that we are likely to see is a boost to domestic demand and that will be the main driver of growth. Yes, we are likely to see an improvement in Japanese export growth, but it is not really the most important channel for how monetary easing works.

This story is not new. The abandonment of the interwar gold standard in the 1930s by many countries spurred domestic demand and was behind the subsequent sharp recoveries, not any export growth generated by the competitive devaluations. For if everyone is devaluing, there is no place to send additional exports. That was true in the 1930s and is true today.

With that said, the competitive devaluation arising from Abenomics may be the catalyst to kick start the ECB into more serious efforts if they care about the Eurozone's external competitiveness. The ECB may ease to keep the Euro from getting too expensive and in the process shore up European domestic demand. How ironic it would be if Abenomics were to accomplish in the Eurozone what  intense human suffering could not: moving the ECB to forcefully act.
Posted by David Beckworth at 4:28 PM