Are Wages Primed for Take Off?

Just a quick note on whether the Fed should raise interest rates later this year. One concern that many observers have with the Fed tightening is that nominal wage growth has yet to show any signs of accelerating. They often point to the employment cost index which only shows modest nominal income growth.

An alternative way to think about this issue is to look at the University of Michigan/Thompson Reuters Survey of Consumers where households are asked how much their dollar (i.e. nominal) family incomes are expected to change over the next 12 months. I have used this series in the past to talk about the stance of monetary  policy. This measure had averaged near 5 percent prior to the crisis, but then crashed and flat lined near 1.5 percent thereafter. The Fed, I argued, should have restored expected household dollar income to its 5 percent trend growth and its failure to do so was a dereliction of duty.

How times have changed. Here is the same series updated to the present. Since late 2013 it has accelerated and is now almost back to 5 percent. 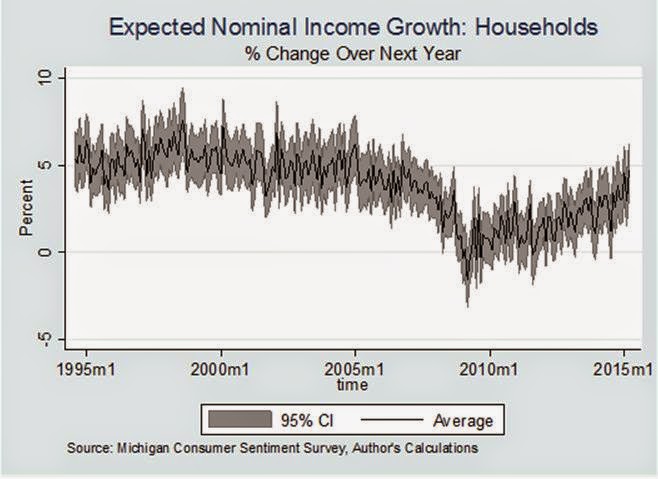 This suggests the economy is heating up and getting closer to full employment. If we plot this series against the employment cost index we get the following figure. Note the expected nominal income growth tends to lead the actual income growth. This suggest that wages are primed to start accelerating. 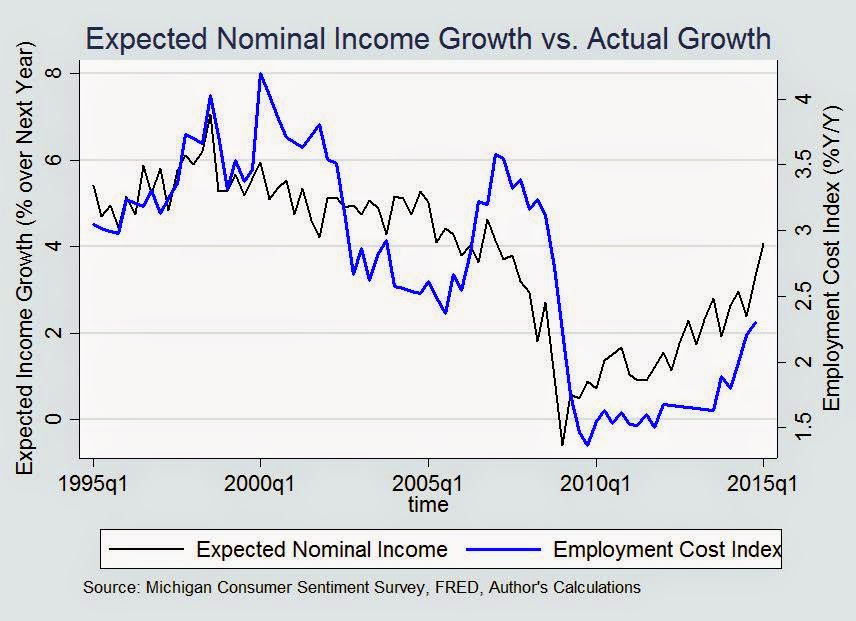 So  the wage growth concerns over the Fed tightening this year may soon become a moot point. This may one reason some folks like James Bullard are calling for a rate hike later in the year.
Posted by David Beckworth at 3:54 PM